With Halloween approaching, this weekend will likely see children across the country dressing up and going out trick or treating. Whilst many bemoan this 'Americanisation' of a traditional celebration, the current trends for celebrating Halloween are not far removed from centuries old British (Celtic and Gaelic) tradition.

The original Hallows Eve festivities marked the end of the harvest season and the start of the 'darker half' of the year. It was seen as a time when spirits and fairies could more easily move into our world and were especially active.

In the English Hallowmas celebrations, households often put candles burning in the windows of every room to guide the souls back to visit their earthly homes. Spirits were welcomed back into their former houses, feasts were had to which the souls of departed kin were beckoned and places were set for them at the table. However, some spirits and fairies could cause harm and needed to be warded off. Bonfires were considered to be protective and cleansing, and this may be an additional origin of our modern day bonfire festivals. 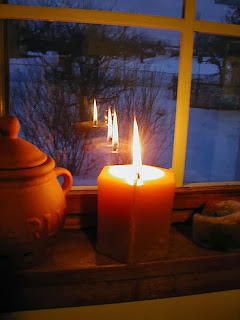 By the end of the 12th century is was customary for criers to parade the streets dressed in black, ringing a bell and calling for good Christians to remember the souls of the dead.

In Ireland, Scotland, Wales and the Isle of Mann 'mumming and guising' was a Halloween celebration, the latter of which goes back at least to the 18th century. In this celebration people went from house to house in costume or disguise, reciting songs in exchange for food. Souling was the tradition of baking and sharing 'soul cakes' for all christened souls and this has been suggested as the origin of trick or treating. Possibly originating in Celtic tradition, costumes were a means of imitating or disguising oneself from spirits and fairies. The traditional belief was that the dead wandered the earth until All Saints Day, and All Hallows Eve provided their last chance to gain vengeance on their living enemies, before moving on to the next life. Donning masks and costumes was a way for people to disguise their identities from any souls seeking them out.

During these celebrations people would also carry lamps, or Jack 'o' lanterns, often carved from turnips or potatoes. Grotesque faces would be carved into them to represent or repel evil spirits and goblins. In later centuries immigrants to America found that the native pumpkin made a far better lantern, and the current tradition began.

Halloween recipes often focus on pumpkins, but, as we have mentioned traditional Halloween cakes in this blog, we should look at these. In England 'soul cakes' were small, round cakes, filled with allspice, cinnamon, nutmeg and ginger with raisins and currents. Very much like present day hot cross buns they were marked on the top with a cross. 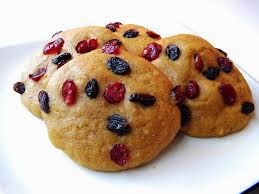 In Ireland the traditional Halloween cake is Barmbrack, again a fruit loaf with sweet spices. The Halloween brack traditionally contained various items such as, a ring, a coin, a piece of cloth, a stick and a pea. When the cake was divided up each recipient would have an item in their slice. Each item represented meaning to the person receiving them, usually concerning their marriage prospects or fortune.