Meet the stars of our Barbour Dog Coat Campaign.

Our Barbour Dog Coat giveaway campaign is now well under way on Facebook and Twitter. Launched last week under the #MyDogLoves, it gives our followers the chance to win a smart Barbour Dog Coat from our new autumn/ winter lines. Entrants simply send us a photo of their dog doing what (s)he loves, and using #MyDogLoves give us a brief explanation of their pets favourite pastime! To get everyone in the spirit we launched the campaign with a fun video of playful pooches doing what THEY love.

Amongst the stars, we had beautiful cocker spaniels, Purdey a lively black puppy, just 13 weeks old, and Elle, her golden, three year old companion. They are currently being trained as gun dogs, and their discipline was on show in the video as they loved retrieving their toy. 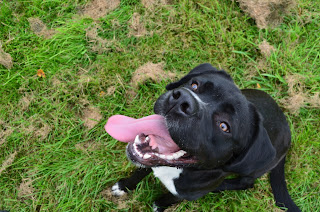 The fun continued with Sheeba, a black boxer/ labrador cross, only 14 months old, a rescue dog from Dogs Trust Roden, who is now loving life in the countryside with her new friends, including Barney, a determined digger! A 12 year old golden retriever, he loves digging his 'man traps' whilst his friends play on the field!

Playful labradors Coco, a six year old chocolate lab, and George, an eight month golden lab, enjoyed racing around the field and cooling off with a quick bath. 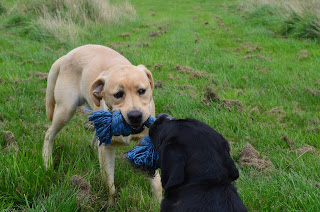 These dogs loved playing up for the camera, and if yours does too, why not 'snap' him enjoying his favourite game, or his favourite place with his favourite thing! Follow us on facebook and twitter and send your photo using #MyDogLoves to be in with a chance of winning a stylish Barbour Coat for your best friend!

Last weekend we had the famous Ludlow Food Festival, held a few miles from our offices. With more than 160 exhibitors showcasing fine, regional produce and local businesses inside the grounds of Ludlow Castle, the event was a gourmets dream! One of the highlights of the event is the Sausage Trail. In a town noted for it's culinary delights the local butchers battle to produce the finest sausages and during the festival each butchers shop opens its doors to the visitors and encourages them to sample their own recipe. Visitors rate each one out of 10 and the sausage recipe scoring the highest points wins the title of 'Peoples Choice'. Equally popular is the Ale Trail, a boozy version of the same idea – visitors sample locally produced ales in the town's many pubs, score points and the winner takes the Peoples Choice Award! This year the Sausage and Ale Trail awards were won by AH Griffiths Butchers, for their Shire sausage, made from Hereford pork, Worcestershire hops and Shropshire blue cheese. The Ale Trail winner was the historic Feathers Hotel, serving Boiling Well from Ludlow Brewery.

Why not celebrate your local produce by making a delicious Sausage and Ale Casserole using the finest sausages and ale from your region? Combine good quality sausages, onions and a choice of vegetables, with ale, tomato puree, beef stock and Worcestershire sauce. 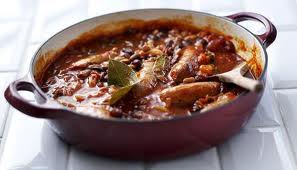